Then the calman workflow is very misleading, as they put this adjustment at the end of the calibration.

I will try again , thanks

I originally thought I should set the brightness and contrast before I started calibrating and used the black and white clipping patterns on the S&M disc to set both.

However, I found that Calman reset brightness to 50 and contrast to 85 before the calibration began - right after the pre-calibration measurements so that my settings were ineffective. However, that was just my experience and I’m no expert on Calman.

Below is using latest madVR (not 113), the nits is set to 100 but some details are gone 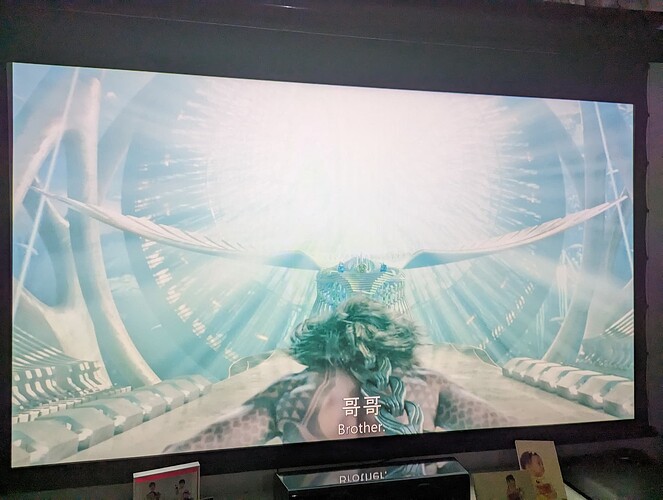 I would opine that in this shot, MadVR is simply not working. I haven’t tried it myself, but AFAIK, the latest version of MadVR does not work with Videoprocessor. Perhaps its just using the default renderer instead.

Dick, a simple way to test if MadVR latest version is working is to hit Ctrl-J at this point so we can see the MadVR statistics. If Ctrl-J doesnt do anything, we know MadVR is not working. If it is working the diagnostics will allow us to see what’s happening e.g., what the nits of the scene is and what MadVR is tone mapping it to

yes it was definitely working
I always enable Ctrl J to see statistics to test my result.
I change the nits and it does effect the white output too
just the latest version somehow has lower limit of 100 which makes the scene looks very bad with clipping white .

It could be that although it seems to work, Madshi has disabled tone mapping when it detects usage with Videoprocessor

hi,
I got another issue with very dark scene, like batman , and the black Adam while they are in the cave.
The very dark scene the black color looks banding and become like binary on and off sometimes

do you guys have similar experience and know how to fix it? 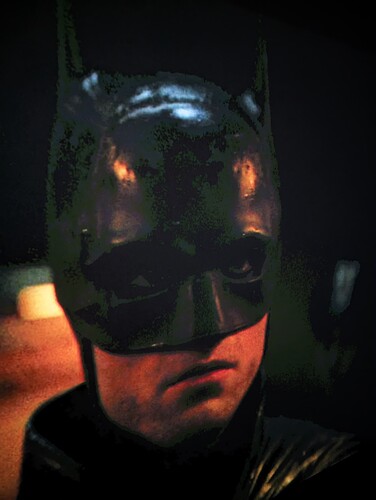 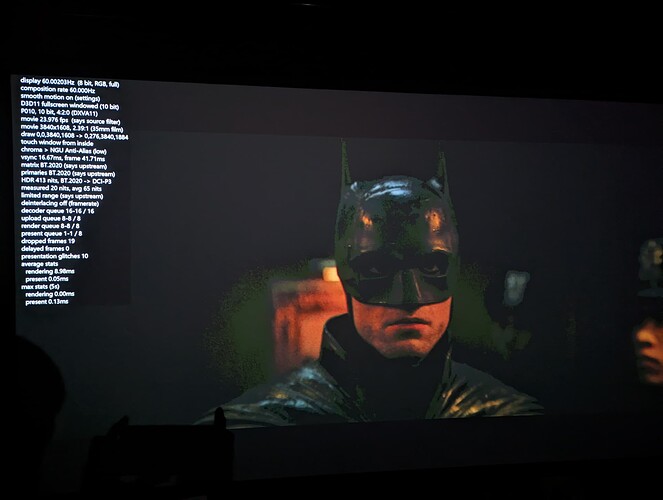 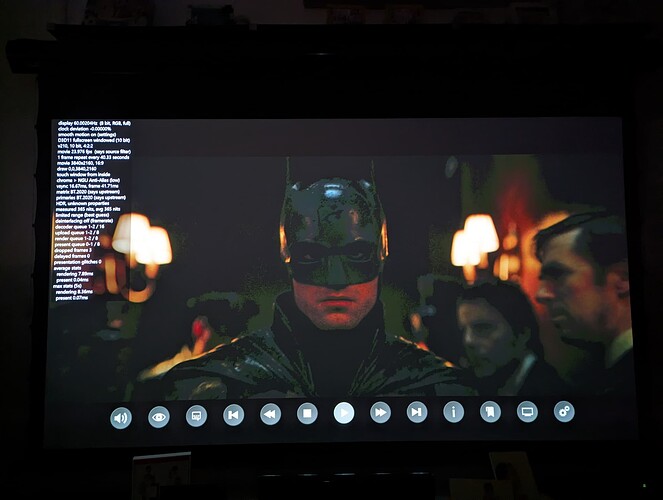 This is one of the anomalies present when display black details in HDR.

so you mean this is normal?

No but I m saying this is one of the issues that happen on HDR source if your calibration software is not able to do a good job in HDR mode. You may want to consider calibrating in SDR BT2020 mode instead.

I watched this before I had MadVR. It worked well direct from Firestick to LG HU810 with DTM off. No access to my projector until February. Will look then

Dick, so that we have a reference, can you use this youtube trailer of The Batman

And capture this scene at 0:41 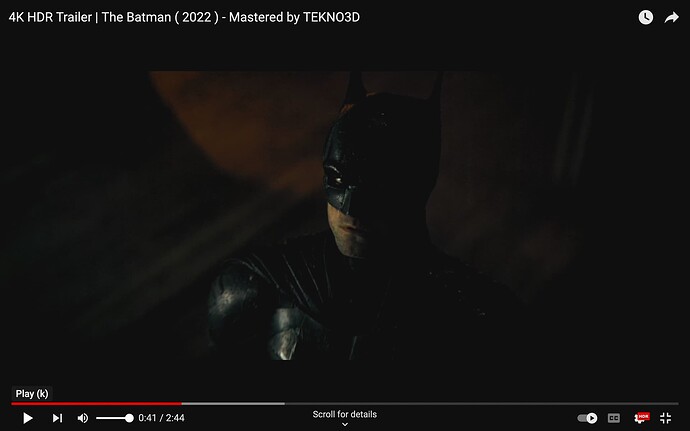 Here’s another one at 1:26 if the other is too dark overall 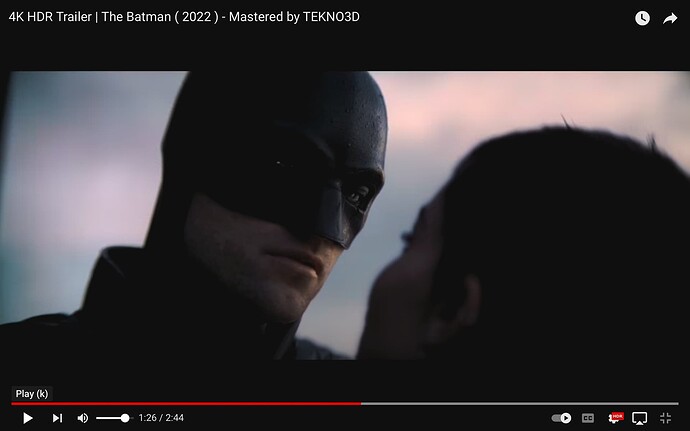 Dick, Are you using 113 because smooth motion is on

I am using filmmaker mode, calibrated to SDR BT2020.

I am very satisfy with everything except these very dark scene.

I will try the above YouTube later this week when I have time.

I remember the YouTube in shield has no HDR.
Not sure if it could reproduce this issue?
What device and software do you use as player?

I use a Firestick Max. If you have a laptop with HDR, you can use the PC or Mac Youtube app into the AVR

hi,
I got another issue with very dark scene, like batman , and the black Adam while they are in the cave.
The very dark scene the black color looks banding and become like binary on and off sometimes

do you guys have similar experience and know how to fix it? 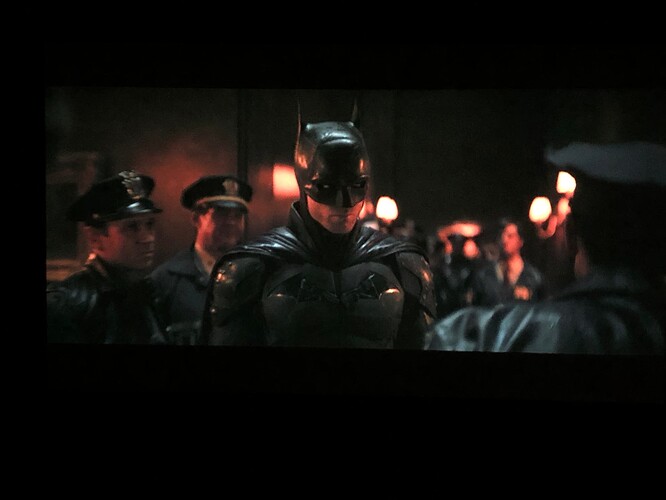