Just finished watching the 4hrs long Snyder’s Cut. Wow……this is so much better. Can’t wait for the 4K UHD Blu-ray release for this epic. 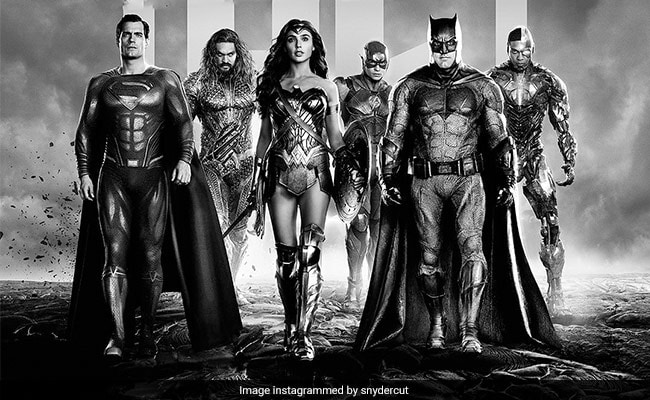 Just finished, so much more better than the original version, a lot of things makes more sense in the synder cut. They actually explained it better …

Also I kinda like the colour palette used by Snyder, looks nicer … has that darker theme like Batman vs superman

Overall, much better storyline than the joss whedon version

Overall, much better storyline than the joss whedon version

Joss whedon will probably in his defense, tell the fans that this is after all NOT truly his work or vision. He took over the helm of directing JL because of the untimely passing of Zack’s daughter. Zack was devastated back then and unable avail himself to carry on with the shooting. I agreed Zack’s version in HBO Mad is way much better but it is also because the studio decides to let Zack use the HBO Max platform where “time” is not a deciding factor. Most tentpole movies in the likes of Avatar, Titanic or LOTR had to undergo some kind of editing away of precious footages in order to meet the theater release requirement. As such, there is always such a thing called Director’s Cut or Extended Cut for Blu-ray and 4K UHD titles. Look no further than LOTR re-release in 4K. In the same vein, I wouldn’t dare say it with 100% confidence that Zack’s JL if released in theatre screening will receive better than Joss version.

I’m not defending Joss Whedon version been poorly received due to this “time” factor. But I do believe Zack, the original director with his vision and story telling of what he intends to do with his version of the JL will definitely be always better than a “stand-in” director. Of course there are exceptions like Ant Man where Edgar Wright left and Payton Reed took over as director. That’s the brilliance of MCU story telling and Kevin Feige’s team and vision of how MCU movies will lead to the finale - End Game. So in a way, any director can make a good Marvel movie since they do not need to think of the script as much since Marvel will have a 50% say in how the movie will end to segue into the next film. The original JL, on the other hand comes from Zack who was the writer, producer and director. So continuity and story flow differs from movie to movie for DCEU. Take Aqua man directed by the stylized film maker James Wan. Why DCEU is such a mess is because there is no one producer that is able to oversee the overarching vision and common direction of where all these super heroes are heading. Even the Batman reboot directed by Matt Reeves is probably going to be a one-off movie.

In retrospect, if Joss Whendon’s theatrical version has done well, we most certainly will NOT get to see this Zack Snyder’s cut of the JL since studios won’t even think of paying more money to Zack to do a re-release of this JL. And worse, on a streaming platform.

Personally, I find it weird with the 2 black bars on each side!

Yeah…its because shot in IMAX aspect ratio. Can expand to scope to get image bigger if your TV has that feature. Hopefully when the 4K UHD release, there is a normal scope version.

Just look at iron man on how they portrayed him as a spoilt rich brat from the first movie and someone who doesn’t have what it takes when it matters, to a more matured person in civil war and finally the hero who snapped his fingers in end game, leaving his daughter behind … these type of story telling is in a different league… every avenger was at their lowest point in their life… then they all come together as a team… that one is just too awesome .

I think most swayed away comparing marvel vs DC, instead it’s a comparison of JL 2017 vs JL synder cut . I think they have rushed it in the first version trying to compete with marvel and it was a mess … luckily Snyder to the rescue… making the fans want more with all those teasers about the anti life equation Zack and Deborah Snyder on the 'Cathartic Journey' of Releasing Their...

Zack and Deborah Snyder reveal the secret to their successful marriage and working relationship, and reflect on honoring their daughter in Zack Snyder's Justice League

totally shiok man!! enjoyed it! Wow!! but the only gripe i have about it is the 4.3 ratio!! damn…

This is Zack Snyder’s adopted daughter, Autumn who committed suicide. 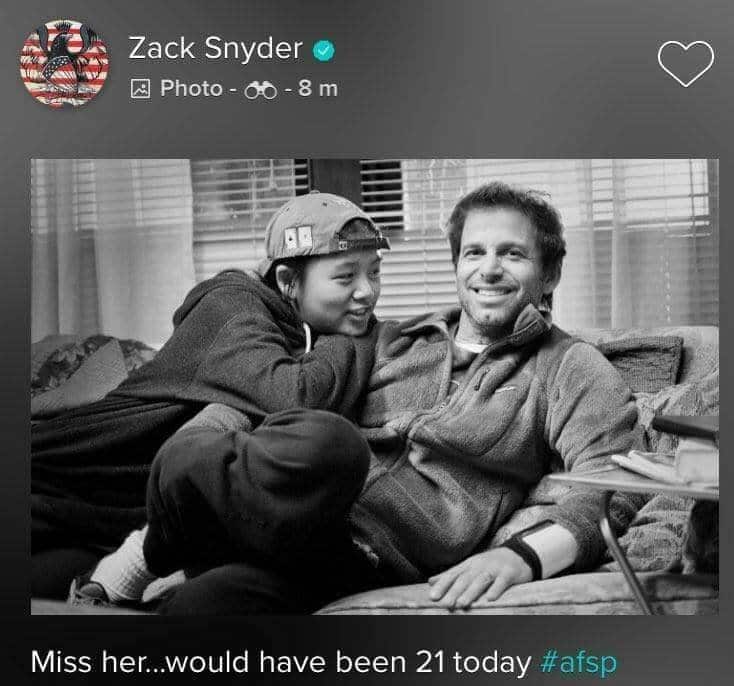 This tech reviewer thinks is a “joyless and overlong mess”…LoL 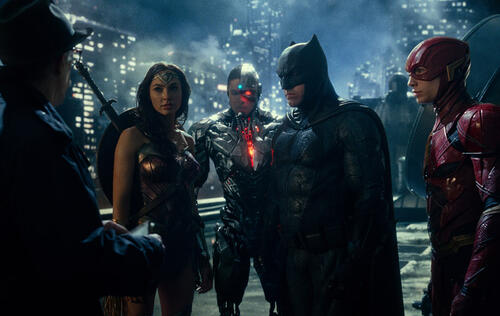 Unless you're an avid fan of this director's last few superhero movies, we recommend you spend four hours watching something else. 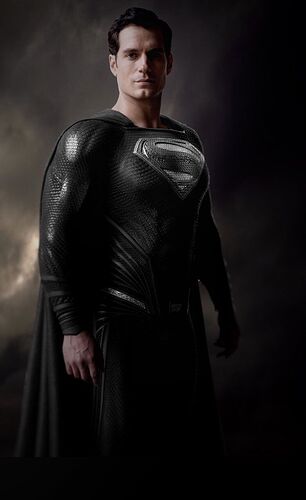 I find it weird with the 2 black bars on each side!

Anyway, here is one video on it

I prefer the warm colour tone of the original rather the cold look of this remastered copy!

Personally, I find it weird with the 2 black bars on each side!

Zack Snyder explained why the movie is screened with such a weird aspect ratio (1.33:1). It turns out most movies are shot in this AR. Zooming and cropping is not the way to go. I prefer to watch movies in their original AR! 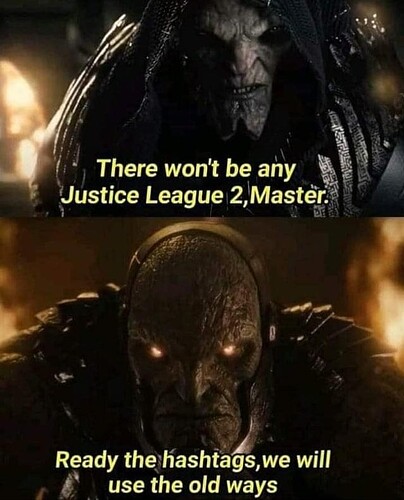 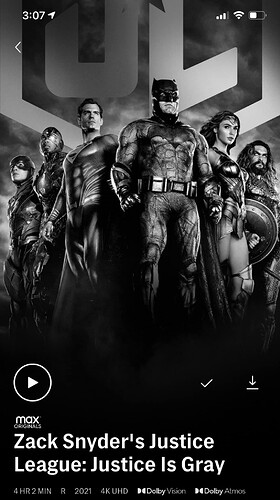 And now we have another version, grayed out version

Why on earth would anyone wanna watch it without colour??

Yes…Zack is really weird. By going 4:3 (1.33:1) aspect ratio is already pushing the luck on viewers. Unless he has the intention to release the movie in IMAX theatre…if for home viewing, 4:3 is really kinda weird.

Well, he’s Zack Snyder. Just like Christopher Nolan has his own vision like moving in and out of IMAX aspect ratio for certain scenes in his movies…and studios can’t say no. 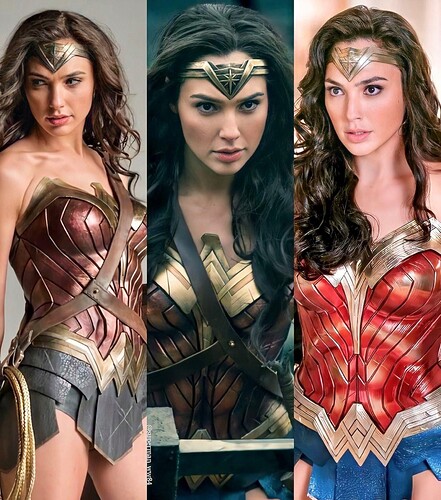 See this Wonder Woman pics, which version do u guys prefer ?

The one on the right, bright red, then left is darker and the middle is like Snyder’s Wonder Woman

When u line then up, you can see which one u like

I like the one in the middle with thick black hair…

Conclusion, all 3 versions also chio… but i think the middle one is super chio !!