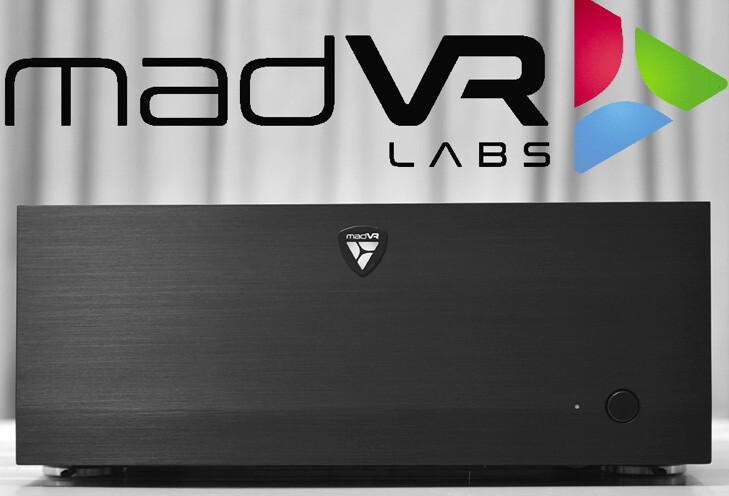 I am approached by MadVR to help look around for any viable partnership to carry the MadVR video processor. They approached ClarityAV but no response from them. I wonder Sound Decisions wants to take up the local distributorship? Let me know and I’ll refer you to the co founder.

Just some updates…Clarity Group responded and they are currently in talks with MadVR Labs to bring in their top-of-the-line Envy series. Here’s an email response from Richard Soon, Clarity Group Singapore.

Thank you for your interest in the MadVR, and most importantly the patience while we sort this out. We were recently in discussion with MadVR and have come to a consensus on how to move ahead with the product distribution in this region of the world.

We currently have a standing order with MadVR that is in production, and to be shipped to us when ready. Perhaps we can have a chat and understand your requirements, and we can see how to go from there? You can reach me at +65 9277-XXXX.

I will be paying a visit to Clarity Group tmr to take a first look at the powerful MadVR Envy Extreme in action for the first time. I will be pitting it against the Lumagen Radiance Pro on the Dynamic Tone Mapping. FWIW, the Envy Extreme is selling at $21K which supports full 8K HDMI specs at full 48Gbps bandwidth while the Envy Pro model which supports 4K will cost about $14K.

Look forward to your feedback on the shootout. Are you bringing a madvr back?

Too bad, Clarity Group Howard just called me a few minutes ago to inform me that the demo set of MadVR Envy Extreme was sold to a rich client after he had bought a projector along with it as a package. I guess during the home trial, this rich client was super impressed with the Envy Extreme that he decided to get it.

So now showroom no Envy product for demo. Have to wait a few weeks before the arrival of the next batch.

My experience with Clarity Group is a total letdown. They simply have no interest to do business. After nearly 2 months, they never bother to call or text me to come down to their showroom for an audition. I will be sending an email to MadVR team to report on this lackadaisical attitude of Clarity Group here in Singapore. Quick review of my experience with MadVR Envy Extreme

Finally…made a trip to Clarity Group today to audition the MadVR Envy Extreme (MSRP is about S$20K+). I’m making a comparison with my S$6K+ Lumagen Radiance Pro and I can only say…the performance to price ratio is grossly exaggerated! The overall quality of the HDR tone mapping and 4K PQ is not as impressive as I thought it would be. Lumagen, which costs 3x less than the MadVR can perform equally well when it comes to HDR tone mapping. In fact, the 4K streaming platform like Netflix on an Apple TV looked relatively soft when compared to the Lumagen. 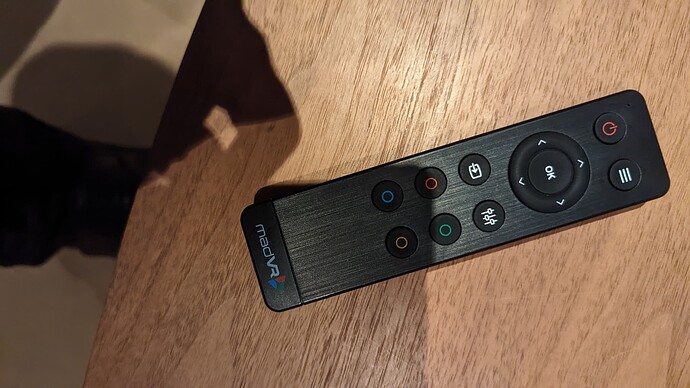 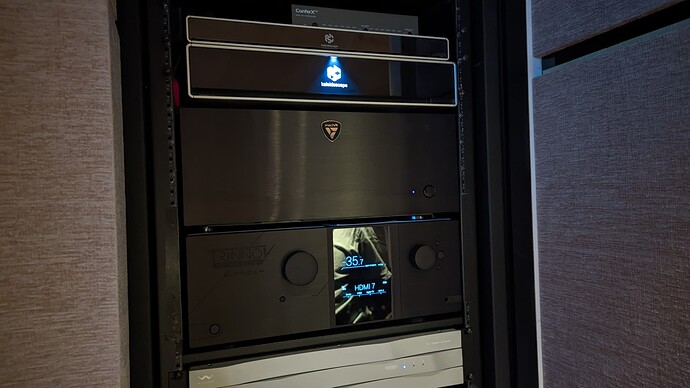 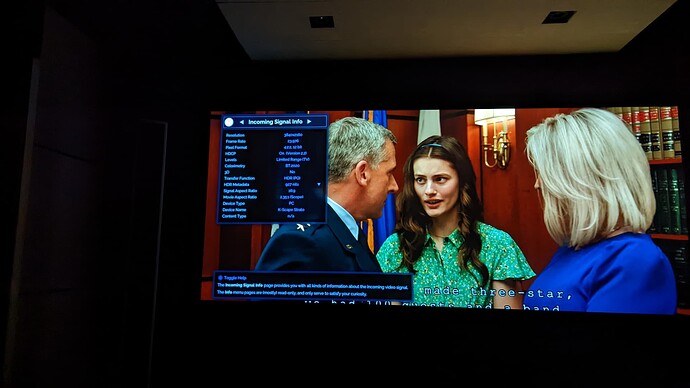 Sadly, there are many features that I am unable to try out as the engineer who is more au fait with the settings of the MadVR was not around today. Yes, I’m quite disappointed, to say the least.

The projector that Clarity Group is using is a French-made JVC-clone DiLA true native 4K laser projector styled, “Dream Vision EOS 1” which costs even more than a regular JVC NZ series according to the staff. The blacks are indeed impressive in a light-controlled room but again I think JVC is the way to go. There is little to no marketing effort put in by the Dream Vision company even though Clarity Group is the authorized dealer carrying it in the local market. Not sure what is it the lumen of the projector but the overall presentation in some of the 4K content was rather dim. Even my Sony VW995ES with nearly 2,700hrs lamp life expended still exude more “light” than this. I suspect the HDR tone mapping setting can be tweaked further on the MadVR Envy Extreme to make the overall image brighter. 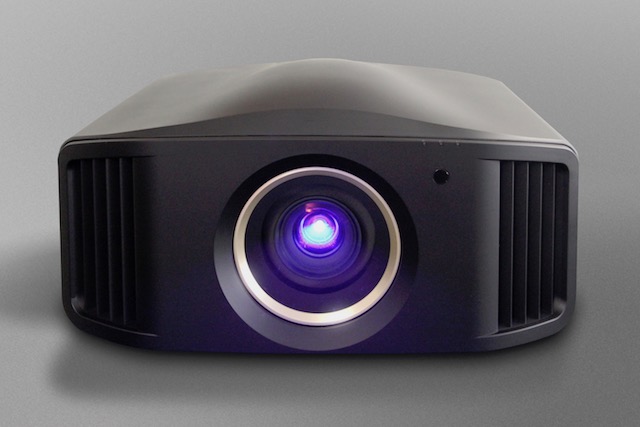 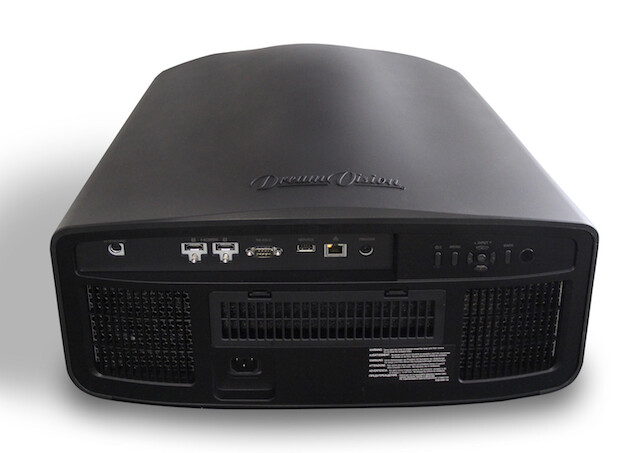 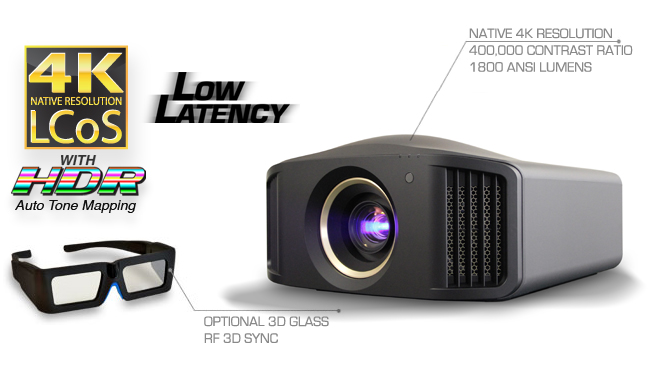 Easy setup and seamless 3D operations, the Eos 1 is the new standard for entry level projection: crisper and more contrasted thanks to the native 4K light engine and support of UHD 4K movies with High Dynamic Range gamut.

Do not be mistaken that I’m bashing MadVR Envy products here but the preposterous selling price of $20K to do dynamic HDR tone mapping simply ain’t worth it…Of course, we can argue that it is future proof where you can swap out the Nvidia graphic card for a better one in the future and HDMI 2.1 upgrade all taken care of unless you are a true gamer that demands 4K and high refresh rate for certain game titles and provided your projector or TV actually supports it…there is very little incentive for you to get the MadVR Envy Extreme or the Pro.

Let’s also not forget the recent news on a new feature of HDMI 2.1a which introduce Source-based Tone Mapping (SbTM) at the source level (e.g. bluray or media player), niche products like MadVR Envy or even Lumagen may need to re-double their engineering efforts to prove that hardware-based DTM on a dedicated video processor is still far superior than the SbTM. Only time will tell whether this feature is an ally or a foe to both companies.

That’s too bad. At this price I would expect the unit can bake a cake for me too.

Joke aside, is there a chance the madvr is not optimally setup for demo? If that’s not the case, then it’s just another option for the rich and famous.

Joke aside, is there a chance the madvr is not optimally setup for demo?

It could be but only Clarity Group will know. AFAIK, the image is not worth “$20K”. Although this is a few years old, its a comparison between Sony & JVC projectors (with frame adapt) vs MadVR. To the guys at cinema home.de, it was clear that MadVR improved the tone mapping vs both Sony Contrast Enhance and JVC Frame Adapt

I’ve been using a MadVR home-brew HTPC with Videoprocessor with an Apple TV, Firestick Max and Panny UB-820 for a few months now with my LG HU810 projector. After a few months of tuning MadVR for my particular setup, the difference is really huge, and I think everyone who has some HTPC/PC skills should try doing this. LG’s DTM is very good with bright scenes, but fails with shadow detail. I cured it somewhat by turning off DTM and using a HDFury and LLDV, but MadVR in calibrated SDR2020 just blows it away. Was just watching the Criminal Minds Evolution in Dolby Vision last night on my HU810. It’s beautiful with MadVR, but without, its a dark murky mess.