Drama series that you have watched , loved and enjoyed

Recently I’m quite obsessed with the Korean dramas, after getting poisoned

I started off with hotel deluna, then followed by scarlet heart, then flower of evil.

What I’ve realised is these korean dramas have come a long way, they are so entertaining and the story line is good, the acting is superb, the songs are nice too. Heck I don’t understand what they are singing but the songs/tune keep playing back on my mind. Then the best part is,when it plays, you can relate it to that particular scene

The suspense and thrill behind watching these dramas, leave a lasting impact, as in you still end up thinking about it after the show. It is that good

Also the story is unique, unlike the HK and Chinese dramas which is so much more predictable , draggy and boring

Wow , the Koreans have come a long way, the dramas are really good from the Koreans . Memories of Alhambra is also good, something different

And so is Sisyphus on Netflix

Here is a nice song from flower of evil. 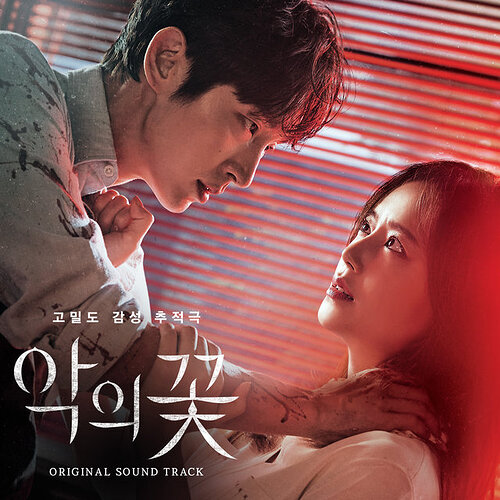 Listen to Feel You on TIDAL

Very very nice especially if u have watched this drama. Remember, I don’t even understand the lyrics, but I enjoy the songs so much, that’s how good it is

Yah man the story line also very engaging and alot of twist and turns . Korean movies are also very good to watch you cannot tell or anticipate the ending .

Check out Hospital Playlist, good drama and songs. Like the jamming scenes…

I dont watch a lot, my children do though. So I pick up a few to follow. In addition to the above, Reply 1988 and Crash Landing are, for now, only other 2. But Playlist still tops for me.

Yah man the story line also very engaging and alot of twist and turns . Korean movies are also very good to watch you cannot tell or anticipate the ending .

You are absolutely spot on ! That’s what I found out recently. Gosh, I don’t understand what they are saying, but I just love the acting and the way they talk, and the songs especially. I don’t even understand the meaning, just know the songs are so nice and will sometimes sing along

The plot is really good, the best part is it is not too draggy, very intelligent and nicely done

They have really come a long way, they are very good now, very engaging indeed.

Which is your fav Alfie ?

Ok will check it out, I’m kinda obsessed with the Korean dramas now… everyday following 2-3 episodes at night 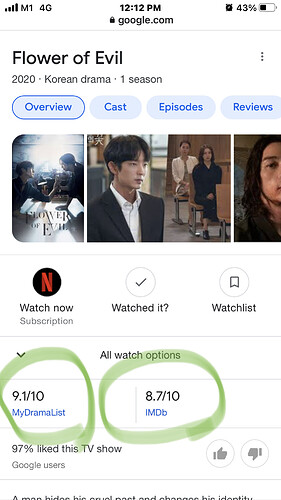 Ya, have catch most episodes when the children were watching it. Now they are into Penthouse😁. 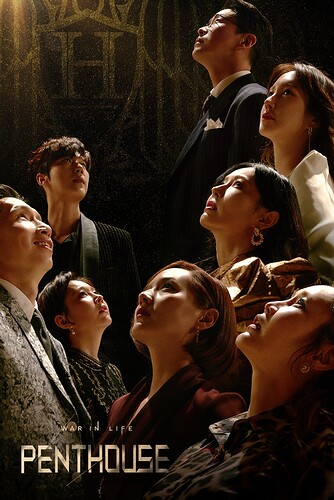 The Penthouse, a ‘makjang’ murder mystery set in a luxury building in Gangnam, threw South Korean fans into a frenzy: as the first season ends and another begins this month, here’s why you should catch up

Just curious, are these in DD5.1 or stereo?

They are mostly in stereo only, whenever I turn on, the multi channel amplifier goes into standby mode after 5-10mins. Means I suspect there is no signal going in.

I m spoilt as I have never watch any movies or tv serials in stereo and I never will…too bad!

Ya me too, I prefer dolby Atmos or dtsx, or at least dts hd Ma.

But this one is just too good, when u start watching it, u won’t even notice it’s not in dolby. I didn’t notice until u brought it up. 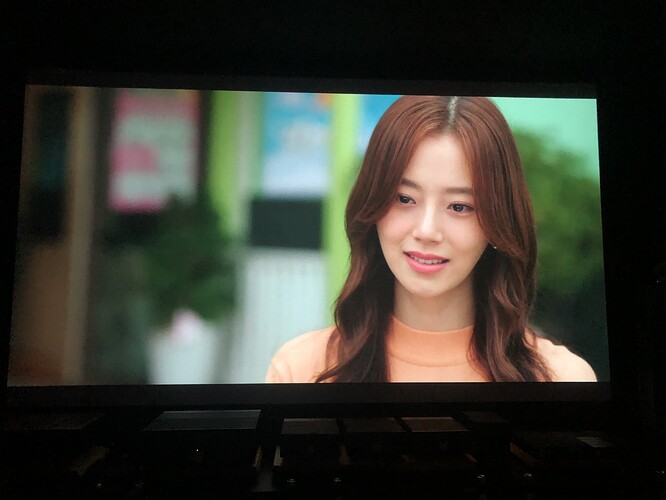 The pair is superb as husband & wife

The story line is so good, twist and turn here turn there, bring me merry go round…

I can finally understand now why “parasite” Korean movie won an Oscar for best picture last year, they have really improved leaps and bound

Gosh, see the vein on her neck 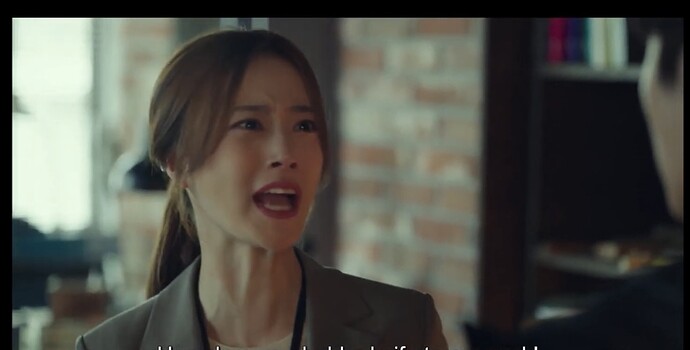 When u r watching drama on 135” screen, u see so many things, facial expression is unbelievably good.

I’ve watched this on many devices, from iPad to oled tv to the projector, everytime I fire it up from the projector, it is so much more immersive. Gosh I can even see his expression through his eyes in details, damn bloody immersive with PJ. Super super good

So many things caught my eyes

The actress is Moon Chae Won, apparently also won many awards for acting 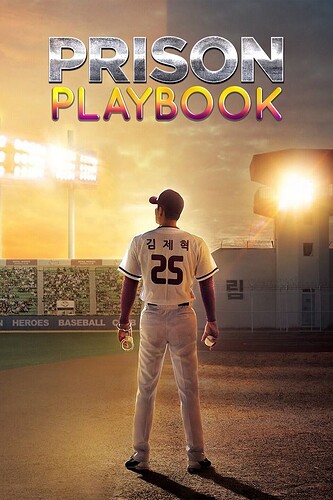 Flower of Evil (2020) begins with an intriguing scene (it is featured in the MVs so it’s hardly a spoiler). A man has both his hands tied to a bar at the bottom of a pool and the water has risen to…

It’s a very good drama, highly recommended even if you don’t understand a word in Korean language

The songs are still playing in my head… until now… 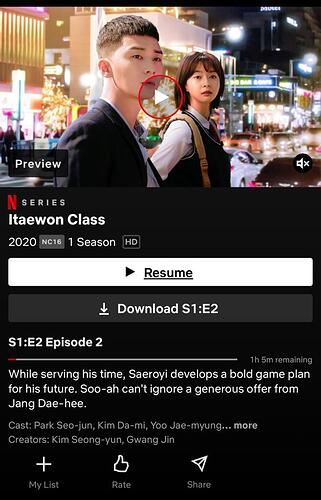 I was so tempted to push the system to reference, the sound system at home is unbelievably good now, clear, detailed and controlled . As Park speaks in the background, even his voice has that oomph, and u can feel his determination, best part is I don’t know what he is mumbling in Korean, but his voice has so much oomph and motivation, it totally transformed my movie experience, the connection I get from his speeches, sitting there glued to the 135” big screen, is unbelievable motivational and inspiring, what a fantastic drama ! Best of all, in stereo only 2 channel! Lol

Watching all different episodes using different devices, I have actually experienced the difference. In the living room with the system on, I get goosebumps and I can really connect with emotions of the actor and the actresses.

When the song comes on, the line array woofers really made a difference , that level of oomph! Damn syok ! Almost everytime the song comes up, you wanna go “Yes ! Way to go ! Gogogogogoogo !! “ wow that kind of feeling. Damn immersive when the drama is good

One of the best drama apart from flower of evil, another must watch drama, Itaewon Class, you will not regret it.

I watched the last 3 episodes at -3mv, super super good and immersive, some moments I can barely hold my tears from trickling down…. The sound is damn solid, from the old man slurping the mee soup to the soju drink to the remorse crying scene and cough to the phlegm, my god is unbelievable … super immersive , songs kicking in the background is first class man! We even get a slow mo version of Gaho’s “start over” song. What a fantastic drama . No fatigue for the entire 31/2 hrs marathon

This is the first time I’m pushing the system down to -3mv, very close to reference, but the details , control, clarity and vocals are just superb on the big screen

I can really connect with the actor and actresses, their feeling, the acting skills ,it totally transformed my experience watching it on the big screen

Video is very good and natural too, love it man !

Wow and what follows after a good drama, is u keep playing the songs in that movie ! Fantastic! What an impact this drama itaewon class!

Really loved it. Very close and quality is on par, side by side with flower of evil