Doctor Strange and the Multiverse of Madness (trailer)

Coming out in May and directed by Sam Raimi…zombies, ghouls and dark entities…right up the alley of Sam Raimi. Expect some twisted dark humor. Patrick Stewart voice as Prof X can be heard in the narrative. Looks epic. It looks like a zombie version of strange and Wanda !! Can’t wait… marvel storytelling is so so good !! Read a few reviews here and there. It seems the movie is a letdown. Anyway it doesn’t matter. I’m watching it later.

Just came back from the cinema. It is not as bad as some made it out to be. The problem with the movie is the pace which I think is too draggy…Don’t expect many twists and turns which were speculated by Marvel fans before the release of this movie. The plot is simple, logical and at times painfully predictable starting from the middle to the final act. Some movie-goers may start to get sick of the “mirror-realm” conjured by Dr Strange due to the fairly recent screening of Spiderman No Way Home. The cool illusion started to wane imo. You will know you got “Strange-illusion” fatigue when you no longer have that “awe” feeling and I think that’s understandable. Oh yes…The illuminati (a secret society of Marvel superheroes) will throw in a few surprises and 2 of them will make a debut appearance. They are featured in this illustration below. 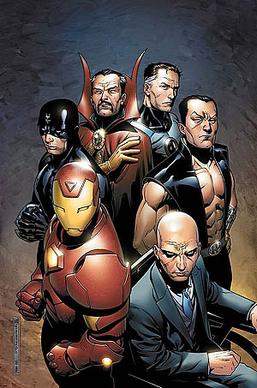 Expect a few jump scare scenes since this was directed by Sam Raimi. He still has the touch and feel for superhero movies.

Without giving too much away…I’ll say this is an above-average Marvel staple…and I expect much more from Kevin Feige’s team of writers and this movie fell short in my opinion.

how do u find the HT sound effects?

Unfortunately, I can’t give a good assessment on that since I’m watched at one of those neighbourhood GV cinema. The sound quality to me is acceptable but for those watching at GV with Dolby Atmos will be able to provide a better assessment. Anyway even the movie sounded great, we know Disney will neuter the sound when it hit streaming platform or the physical disc.

I just finished this yesterday. I thought it was average only. Coming off the storyline from no way home, watching this version, I can’t get any feelings or emotions , there is like a big gap in standard compared to no way home. Feels kinda disconnected, maybe my expectations were too high

Watched it at imax plq, sound was average, video ok normal, and story is average only. I find it to be too messy, but that’s what the title says multiverse of madness. Supposed to be madness and crazy, I can see what Sam raimi was trying to do there and definitely not suitable for kids also

Must watch Wanda vision before watching this, so can understand better. Watching what if animated series also and u will appreciate better

There were 2 post credit scenes! So wait for it…. A new character will be introduced …

There were 2 post credit scenes! So wait for it…. A new character will be introduced …

I didn’t even stay back for the credits. I left with disappointment. I agreed with your assessment.

I love the Scarlet Witch prowess action scenes.
For me, Its interesting to see new characters

Not sure why , i dont understand the America Chavez young gal power thing . Did she know ? lol

So what’s your overall score for this movie? 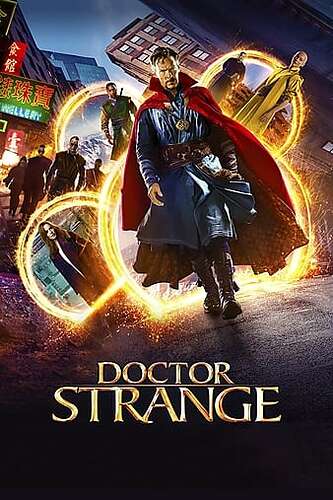 Going watch Avengers: Infinity War and Age of Ultron (2015 - movie) too next slowly .
If i remember I watched Infinity wars in cinema yests ago , my fav !

What to watch before Doctor Strange 2: Multiverse of Madness (pocket-lint.com) This guy got it spot on! Spoilers if u haven’t watched it Didn’t pique my interest so far…

Dr Strange and the Multiverse of Madness in 4K UHD and Dolby Atmos is now streaming on Disney Plus.

Thanks for the feed. Watched it tonight with my HT system using Disney+. I feel the story plot is quite good and refreshing!

Immersion effects are pretty good too! I find the PQ and colors quite enjoyable! hehe

Credit scenes: I only saw 1, with the new character gal breaking into Strange’s world and asking him to follow her. Which was the other credit scene?

Will catch it later today. Getting my well deserved off day today after 2 weeks of continuous workload at workplace.

Credit scenes: I only saw 1, with the new character gal breaking into Strange’s world and asking him to follow her. Which was the other credit scene?