Good speed you got there. Enjoy your time with the transfer. At that rate, it should take less than 1 hr.

Are you transferring over 1Gbps network or faster? I bought an Asus 10G switch in 2018 a few years ago to transfer between my Mac and a QNAP NAS (10Gbps card in PCI slot). It worked well, but high speed transfers were only between the NAS SSD cache and Mac. The RAID 5 array couldn’t keep up. Also the Asus switch became very hot so curious if the Dlink multigigabit runs cool. I had hoped to edit photos and 4K videos over a 10Gbps link to NAS, but eventually just switched to a local SSD Raid 0 array connected to the Mac as it was just much faster.

I think the limitations will always be from the HDD that we transfer. I’m not using over internet to transfer. I’m on 1gbps plan. I believe if using nvme to transfer the speed sure builds up more. What do you think?

I meant LAN transfer, not Internet. Most wired networks are still 1Gbps, but that Dlink Multi-Gigabit switch supports 2.5Gbps and 10Gbps assuming you have good LAN cable like Cat 6. 10Gbps (10GbE) cabling allows around 1 Gigabyte per second transfer although in practice 600-700 MB/s is all I have been able to get. Of course, you will need both the NAS and PC to have 10GbE adapters. I use a QNAP 10GbE PCI adapter and a thunderbolt to 10GbE for my Mac.

However, most HDD top out at only around 200+ MB/s e.g. WD Black. So despite the SATA interface being 6Gbps, HDD normally cannot maximize the speed. If you do RAID 0 striping in a NAS, you can theoretically reach 10GbE speed with four 200MB/s HDD or so, but with no fault tolerance (redundancy). Hence, few people use RAID 0. A good solution is to have a large SSD Cache on the NAS and many NAS support NVMe SSD (with theoretical 32 Gbps).

Anyway, long story short is a few years ago, I configured an Intel-based QNAP NAS with RAID 5 and a fairly large SSD Cache, but performance over 10GbE was overall slower than a local RAID 0 disc array connected directly to my Mac via either Thunderbolt (40Gbps) or USB 3.1 Gen 2 (10Gbps). The slower speed is annoying only if you have large photo databases or 4K video databases that you are editing. For storing and playing back movies or music, its unimportant unless you have the need for speed

So am quite interested in how you find your Synology performance after everything is set up on your 10GbE network, especially compared to your previous local disc connection Would also be interested in hearing the experiences of other guys running 10GbE NAS

Running it over this few days and transferring my movies over till today (still got next weekend to transfer more movies in the NAS). The D-link I would describe it’s only running warm and not hot. 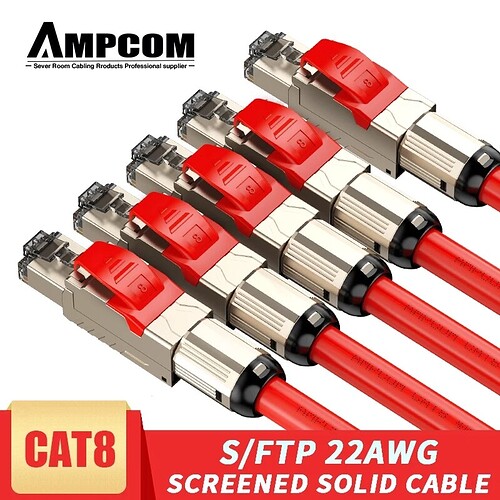 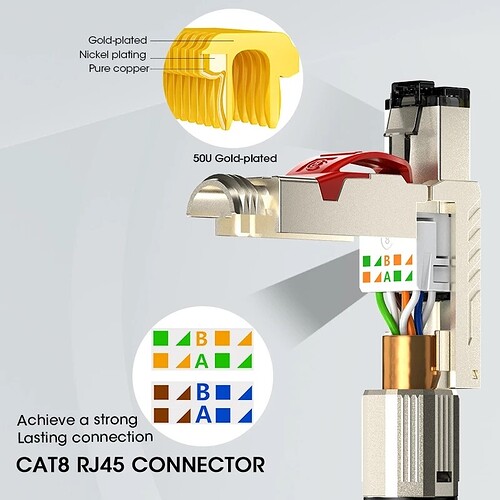 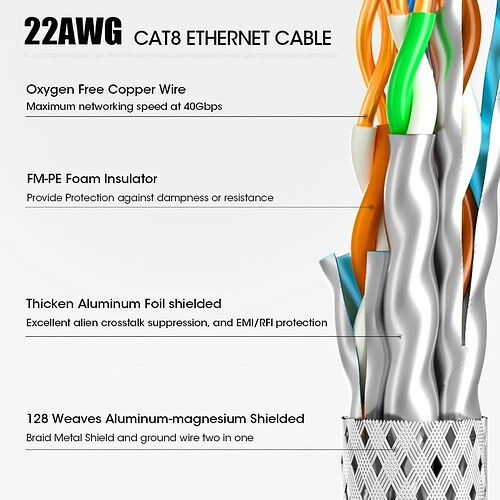 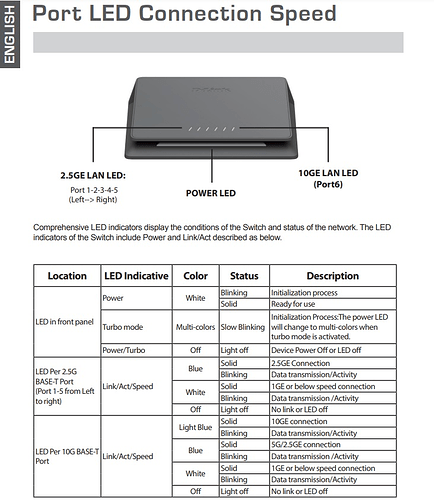 If anyone is curious on the connections and the colour code for it.

Trust me the light blue looks like white and I thought I had problem with the cables or did I wrongly connect?. With all the pounders after connecting other 1gbps network then I realized the white and light blue difference in colour. 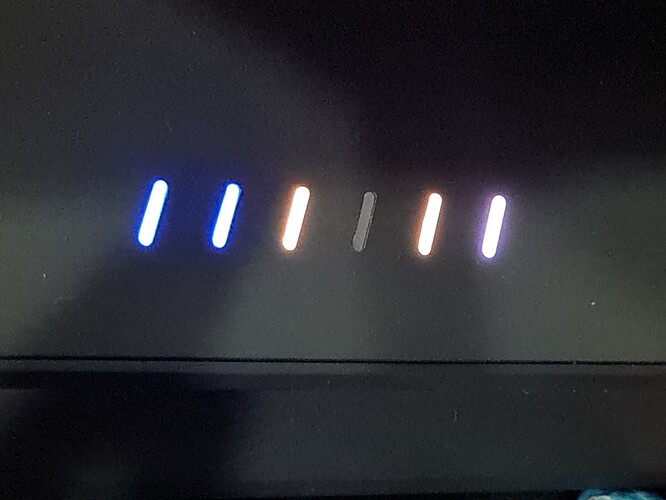 The 275MB/s earlier is with the 10GbE setup? How much SSD cache do you have and is the speed faster when transferred files are smaller than cache? How far is NAS from PC?

The previous photo 275mb are transferring from 14tb white wd to the NAS (SHR). 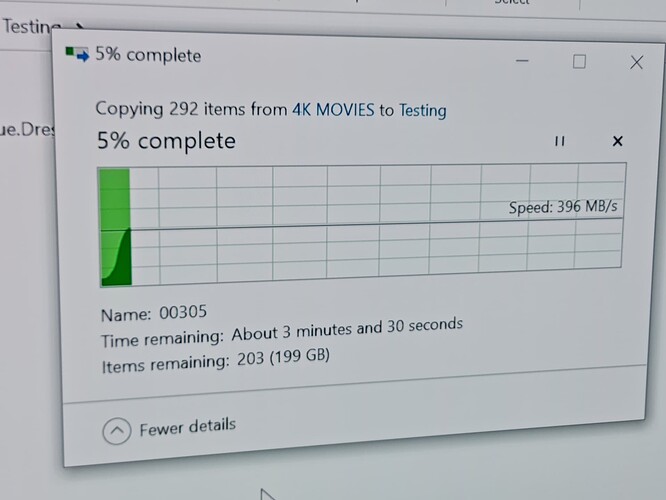 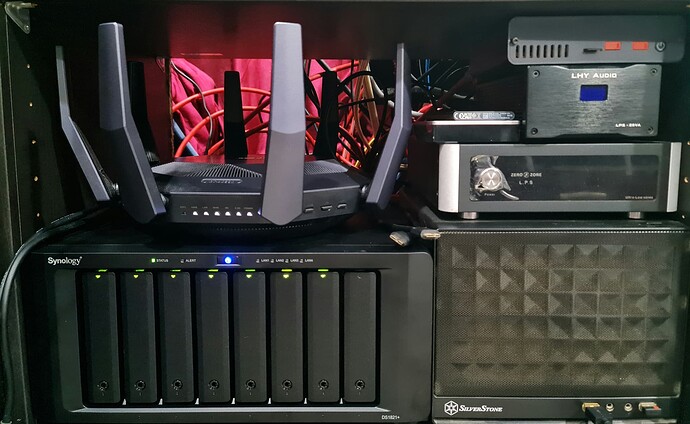 Transferring files from WinRar unzip to the NAS. 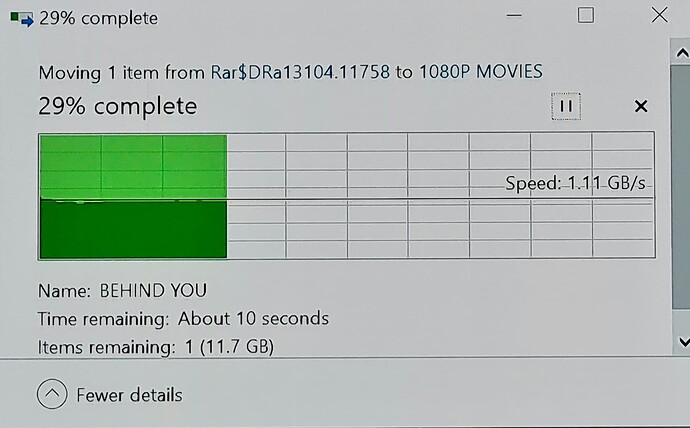 Transferring files from small files (nvme to the NAS) 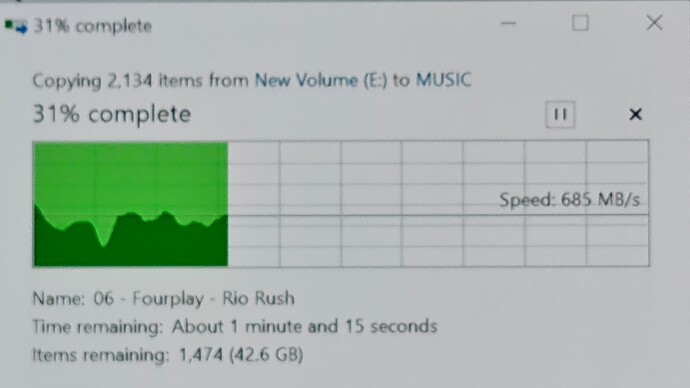