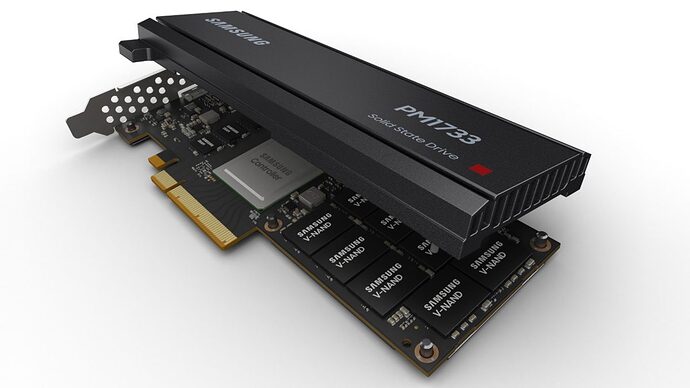 If a NAND chip fails, these new SSDs detect it, move the data somewhere else on the drive, and keep on functioning.

Here is something new from Samsung, using FIP ( fail in place) in their new SSDs

What type of hard disk do you use when you playback your music ? SSDs ? Normal disk ?

Does it have any impact to the sound quality ?

MyRepublic is currently facing an outage…I’m using my cellular connection now. My understanding of SSD is that there is a finite read-write cycle. After that, it will be more prone to errors. So if this “new” FIP technology can save NAND SSD, then it will be a boon.

@desray - MyRepublic still down for you? I have no problems MR… only yesterday - they sent an SMS to inform of downtime 6.15pm-6.45pm… before and after that - all OK…

https://downdetector.sg/ - Shows MR like no problems… have you power cycled your ONT and router?

FWIW I only managed to restore the internet earlier this morning today. That’s nearly 44hrs without the access of internet. I have also send a complain to IMDA to look into it. Clearly MR is short staffed and it was a piece of hardware that require replacement. That’s why you got the msg from MR. Unfortunately the engineers only fix part of the problem. The affected customer (such as myself) will still need to fall in the hotline to get the engineer to activate the connection. The ordeal I’ve have to endure is beyond description. Just imagine, I have to hold on the call for nearly 1hr just to get hold of a customer service officer and then another hour for them to rectify at their end.

The CSO from MR told me that her company will be compensating me and those affected by the outage which started at around 7.48am on New Year’s eve.

I’d like to sincerely apologise for the recent service interruptions during this new year period.
I understand you were one of the customers affected by a technical issue on our network on 31 December 2020. We needed some time to investigate what the cause was and our first hardware fix was unfortunately not completely successful. We had to do a restart on the evening of 1 January 2021 to resolve the issue fully. I realise that this is especially important period for home and family. I’m truly sorry if this network issue affected your plans in any way.

To help make things right, we will be crediting $30 to your MyRepublic account, which will help offset your next MyRepublic bill. I hope that you’ll accept this as a gesture of good will and our apologies. Thank you for all your patience and understanding.