Our fearless leader, Desray, suggested that we start a thread to compare dynamic tone mapping systems. I suggest we have a methodology so there is a reference image that we can display that others can reproduce on their projectors, LEDs and OLEDs. Not being an expert, these are just thoughts on how we establish the methodology.

Please make any and all suggestions to improve this methodology

One source for these clips is the HDR-X library on YouTube. There are many trailers

I think the Thor. Love and Thunder trailer has many skin tone shots as well as many scenes that will challenge dynamic tone mapping systems

My 4 yr oldiPhone X has a HDR display, but not 4K. These are just some sample screen shots from Love and Thunder that I think might be useful for comparison. I can do the same shots later from my Mac. 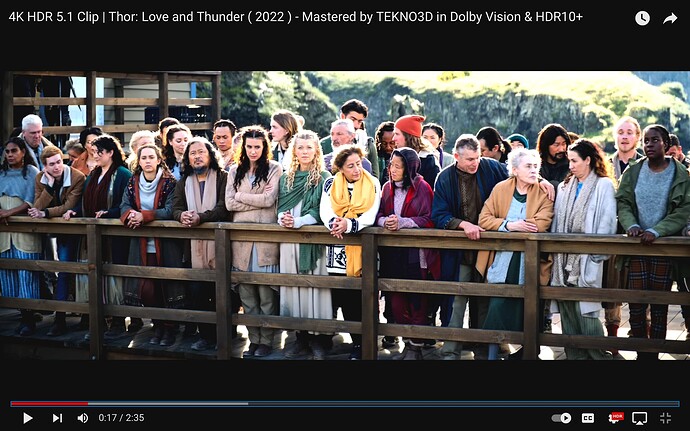 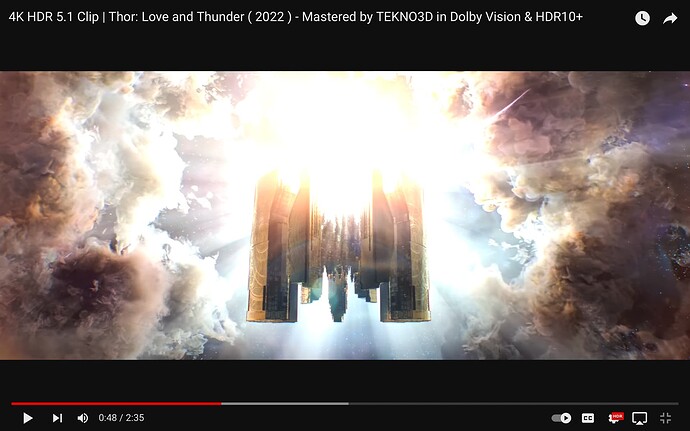 I would say that its quite close between the iPhone and the Mac. Both are uncalibrated so there should be some slight color differences and the time stamps are different, which affects the sky shot as it gets brighter over time.

Managed to find one 4K HDR (but authored in HLG format in BT2020 colorspace, VP9 codec) trailer for the Avatar The Way of Water. While I can’t say for certain whether the HDR colors and DTM (playback on Youtube with my GPU doing the decoding) stay faithful to the true source but I have a feeling that this is as close as it gets.

For one last comparison for this Avatar comparison, one can go to the timestamp and pause the clip. Take a screenshot and post it here to continue your fave discussion. 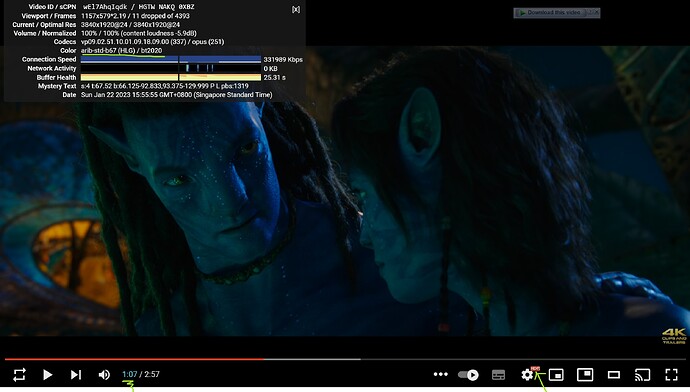 FWIW this is the SDR and HDR image from the same scene. 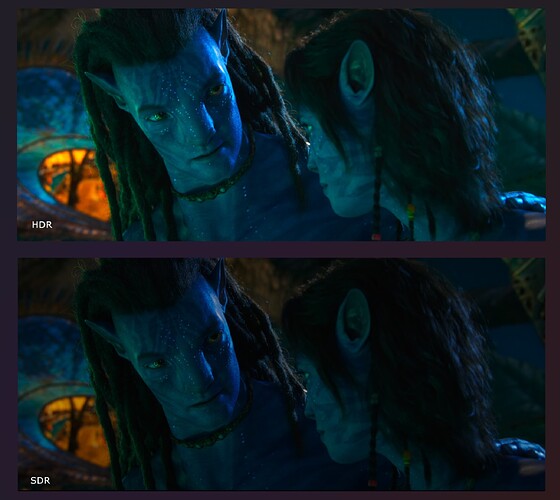 As one can see, there is no drastic shift in the overall skin tones even though DTM is at play here. That’s what DTM should do.

Yes. As long as the SDR clip is BT2020, there should be no drastic change in the color tone. If it is in Rec 709, it will look dull. When I get back to my projector, I’ll try

Meanwhile, here is the clip from my MacBook Pro 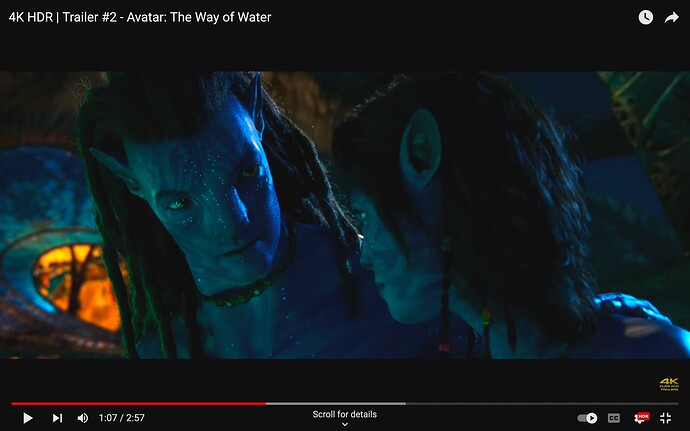 That will be good. So we can have a look at various scenes with different APL and see how they look, and also the point is to get the image as close to the original intent

This will be a good exercise.

Is there a way to do the screen capture with my OLED TV accurately via connecting an external device like a PC or thumb drive tool?

If we do screen captures, it will be exactly the same

as the PC captures directly from its PC graphics card buffer and the TV or projector is not involved. Some very slight differences could be there from hardware differences between graphics cards but they will be slight. Have to make sure graphics card is outputting in HDR.

The idea is how does it look from the display device. For that we need to shoot with our cameras as that’s what we actually see. We have established that the screen capture is the reference image, so how close do our cameras and eyes get to that reference image.

@desray , with regards to that HLG video you linked to, turns out that HLG is not tone mapped by MadVR, which can’t interpret its HDR portion. When MadVR receives a HLG signal it outputs SDR (part of HLG spec). On mine, it seems to convert BT2020 into Rec709. Not sure I can change that.

Basically, if you send HLG to MadVR, it will output SDR Rec 709

Basically, if you send HLG to MadVR, it will output SDR Rec 709

Note that in the hill behind, the MacBook Pro (which does no tone mapping) clipped the bright part. Whereas, MadVR tone mapped it back into a green shade

The other Thor scene

Interestingly, MadVR seems to have tone mapped more detail than a 700 nit MacBook Pro display can show… But on the far right side, some of the blue dots in that hole in the cloud seem to be missing