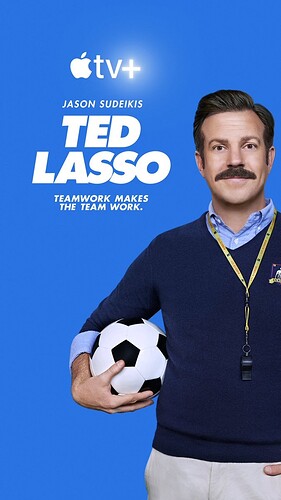 Looking out of my metaphorical window, I see the parochial and jingoistic views of governments; I see bleak landscapes and fractured lives, hear laments of lost loves and jobs; I glimpse into the cold, hard and plastic sea of the modern world – cash machines, alienation and solitude. I hear the screams of the dispossessed and disenfranchised, the stinging buzz of nothingness. Numbers screamed back – no community cases, zero numbers from dormitories but ten imported cases. Hope comes in small doses and sometimes it can come in the form of a man. The man’s name is Ted Lasso and he comes bearing gifts of optimism and promise.

Who would have thought a Ned Flanders lookalike could cheer me up? Ted Lasso on AppleTV+ is a godsend. I did not expect it to work, but it managed to charm my socks off with one of the most endearing and empowering portrayal of a football coach totally out of his depth in terms of tactics, but up there with the gods when it comes to coaching men to be the best versions of themselves both on and off the pitch.

The story premise is born from one helluva cockamamie scheme. The new owner of AFC Richmond Rebecca Welton (Hannah Waddingham) engages Ted Lasso (Jason Sudeikis), a successful American football coach, to drive AFC Richmond to the ground in order to get back at the previous owner, her cheating ex-husband. He brings along his partner-in-crime Coach Beard (Brendan Hunt) and together with kit-man Nathan (Nick Mohammed), they form the most unusual coaching team on TV. In the locker room, there’s tension brewing between the egotistical top player Jamie Tartt (Phil Dunster) and the has-been captain Roy Kent (Brent Goldstein). To stir the pot, there is also Tartt’s model girlfriend Keely Jones (Juno Temple). Lasso has his eyes on the whole team and even if he does not know football, he believes he can lead them to victory.

With his kooky moustache and Kansas twang, Jason Sudeikis’ portrayal of Ted Lasso won me over with his awww-shucks sweetness and rainbow sincerity. Lasso doesn’t do tough love, he believes in empathy and in giving the old-fashioned listening ear to aggrieved parties. Taking a character that could easily be a cartoonish parody, Sudeikis will make you feel for him through all the highs and lows. This is the perfect demonstration of the redemptive comfort of simple, straightforward decency and dare I say a showcase of a different type of masculinity for this age.

Ted Lasso is also genuinely funny in a sweet way. The ensemble cast is filled with many colourful characters offering many engaging performances. Perhaps, the only spot I wished it had been more successful in is as a biting satire of the English Premier League, but it has time to milk that cow in the next season.

In a horrid year of bad news, Ted Lasso is a rejuvenating rainbow after a torrential storm. It is the hope and positivity we sorely need. Come for the cockamamie idea, but stay for the warmest moments and see how kindness can actually change the world. 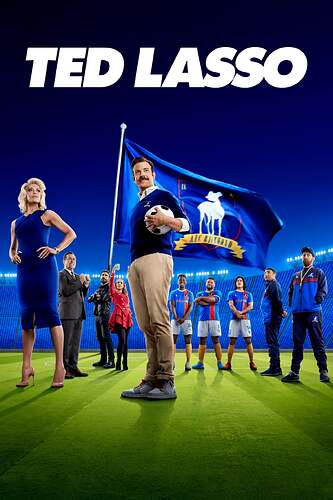 Oh, what a lovely lovely series. Yes, that’s not a typo because S2 is double the fun. It’s so gooey and effusively emotional that I nearly hugged myself while watching all of S2 in two sittings. I would recommend binging it because S2 lacks the clear direction of S1 and watching the episodes weekly as it dropped may not be a good idea.

Fresh from winning 7 Emmy Awards this year, including Outstanding Comedy Series, Best Lead Actor, Best Supporting Actress and Actor in a Comedy Role, Ted Lasso takes a riskier turn in S2. It doesn’t employ the traditional antagonist narrative trek used in S1 because Rebecca Welton is now a convert of Ted’s Church of Kindness. Instead of doubling down on Lasso’s fish-out-water shenanigans and everything that made S1 such a darling, it makes a daring move to put spotlights on most of the secondary characters, sometimes casting an unflinching light on human frailties and seemingly human weaknesses in the eyes of the unforgiving masses. So one does need to keep an open mind with S2. Unlike S1, the plot is never clear-cut and the focus isn’t solely on Lasso anymore. Me, I applaud risky moves like these and by far and large Apple TV+ has pulled off the sophomore season that most had failed (just look at The Morning Show now).

Almost everyone is given a stage in S2. Rebecca (Hannah Waddingham) is toying with the idea of a second chance at love and whether she has gone past the sell-by date. AFC Richmond’s former captain Roy Kent (Brett Goldstein) is retired but his soul is still very much tethered to his love for football. He is also in a relationship with publicity manger Keeley Jones (Juno Temple) who is in the process of discovering her innate talent and self-worth. Superstar striker Jamie Tartt’s (Phil Dunster) career is railroaded by his own doing and he learns humility. Nigerian footballer Sam Obisanya (Toheeb Jimoh) learns to stand up for himself and finds love in the most unusual of places. Ted’s coaches Beard (Brendan Hunt) and Nathan Shelly (Nick Mohammed in an amazing turn this season) also hit crossroads in their emotional and professional lives respectively. Into this frayed emotional minefield also comes sport psychiatrist Dr Sharon Fieldstone (Sarah Niles) who works with Lasso to transform the team into winners. So you can see S2 is quite the balancing act with a plethora of characters gaining prominence and that’s on top of Ted Lasso’s own emotional vulnerability which threaten to derail the team.

The message of kindness can make the world a better place is a good one, but jackhammering it a second time is knocking on the door of cheap schmaltz. Thankfully, when the focus falls on the other characters we get to see how their world becomes the better place through Lasso’s presence. We see Keeley finally realising she deserves better especially in her choice of men; we see Roy realising that though football has been taken away from him because of his long-term injury, you can’t take the love of the game away from him. The greatest revelation for me in S2 is Nathan who went from the bullied and invisible kit-man to a member of Lasso’s coaching staff, becoming the man with the good tactical sense (watch the episode about playing with a false nine. This is the first time I finally understood what’s the deal with that tactic). But it is his darker side that rears its head that is compellingly watchable.

Everyone is given a chance to shine here, even Coach Beard in an off-kilter episode that had me scratching my head why the episode existed, but I thought it found its groove late in the game and earned its place in the series. There is also an odd Christmas episode right smack in August that borrowed a narrative idea from Love Actually (2003) but it is acutely aware of that. Fans of the English Premier League will also get a hoot seeing footballers like Ian Wright, Gary Lineker and Thierry Henry playing pundits who bring down the merciless hammer on Lasso.

With the addition of Dr Sharon becoming the mirror to the players and Lasso, we get to see a different side of everyone. In her wise hands, Dani Rojas (Christo Fernández) goes from “football is death” back to “football is life”, but most notably through her we get to see another side of Lasso. That particular episode where there is a breakthrough for Lasso, my tears rolled down like little streams. Sometimes the worst memory also comes with the most beautiful one and the line that separates both disappears. The cross-cutting in that episode between Lasso and Rebecca is a piece of writing marvel. Another gem of an episode is the one that featured pithy one-liners borrowed from rom-coms. If you know your rom-coms you are going to be charmed by how the one-liners are worked into the episode.

The sophomore season of Ted Lasso scores in unexpected ways and the finale sets up an antagonist for S3 brilliantly. It didn’t double down on all the stuff that made S1 work, instead it shows us the dark side of fame and the sport, while tearing away layers from the characters. Ted Lasso continues to be a comforting beacon of hope and optimism where all tired souls can anchor themselves, especially in these bleak times.