Good summary from Audioholics…I agreed with most of what has been discussed in the chat, especially for the Dolby Atmos mix…it is a hit-and-miss for the most part.

Share with us your experience if you are listening to Apple Music right now.

I was very excited when the news (lossless music) 1st broke as I have been contemplating signing up for a lossless streaming service for a long time. Back then Tidal was the only viable option while my family is already on Apple music (this mainly driven by the wife and daugther who owns iphones). Thus the “at-no-extra cost” implementation sound like a deal made in heaven as it would means I can achieve my goal by doing nothing and just wait.

Fast forward to the present…

The MUSIC:
In my experience with my setup, lossless SQ is literally indistinguishable vs my local FLAC or CD transport output. This has been my old holy grail of music ownership, having millions of songs within reach, with nice album art and ability to create your favourite playlist at a fraction of the cost.

I did not test or pay particular attention to the hi-res as from past experiences, I could not really differentiate between the two. In some instances, I preferred the std 16bit CD rez. In all honesty we do not know how those hi-rez tracks are produced. Do they really went back and remastered it from the master tape recordings or these are purely upsampled from goold old cd tracks.

Atmos - as per 1st post, these are hit and misses,… and even with the hits, I’m not as impressed not excited as the podcast host with the decriptions of “amazing” and “future of music”. Let’s be realistic here, all recorded music except for those from concerts halls are “fake” or not true to life in the 1st place. You don’t get studio level silence in real life, ie, even if a band is playing in front of us, the room acoustics and ambient noises play a big part. So really what is the expectations here? I would think everyone has a slightly different expectations on this.

Actually for the most part I preferred the plain old lossless version.
Maybe my setup is lacking in terms getting a cohesive and coherent output - I have different make and models of speakers - Front, Center, surround and Atmos are all different!

The PLAYBACK:
The key challenge for as an audiophile is in consuming the service itself!
Typical Apple, you need an apple device! I wish/hope they would introduce something like a Tidal or Spotify Connect kind of approach.
Currently the only way to get lossless/Hi-rez audio into a sound system is from an iphone, ipad of imac via a dedicated DAC. To get Atmos, that would need a HDMI connection.
I do not consider using BT or Airplay2 as playing “lossless” as the bandwidth and wifi are just not realistically reliable (the up and down speed will affect sound quality).
Previously I had a Nvidia Shield TV Pro which I traded in for an Apple TV 4k just so that I can get Apple Music service on an appliance

Beside the hardware constraints, playback also suffers from 1-2s of delay… ie no audio while it gets bufferred or download… I do not mind as much if they pause the playback while the song gets loaded, instead, the playback continue and the audio comes in 1-2s into the song!

It is “promising” but still very early days in the service with much to be worked out,…
The primary target audience I suppose are the new gen on earbuds and headsets, not traditional audiophiles with their dedicate music rooms.

Well summarised there. I believe Apple Music also available on Android devices but whether the new lossless and spatial audio sample rate are the same on Apple devices is another thing.

I also agreed with you that the so called spatial (Dolby Atmos) mix on some of the stereo albums are pseudo-Atmos mix which is why it is a hit or miss. Moving forward, if Dolby Atmos music is going to take flight, from here on, recording studios will need to invest in true discreet microphones during recording sessions to capture true object oriented sound like movies.

Should we jump on to the Dolby Atmos music now? My answer is not really. Maybe wait another year or two and see how the music industry will harness this music format. Lossless music on the other hand is a boon for music streaming. I’m no audiophile but I’m currently using an external DAC (SMSL M400) for all my needs and I can definitely tell hear the difference in some recording.

You are also right on the hardware confusion. For instance Apple Music on Apple TV supports a different bitrate compared to day iOS device like iPhone and iPad (using a dongle) and Mac OS devices like MacBook Pro/Air and iMac.

I believe Apple Music also available on Android devices but whether the new lossless and spatial audio sample rate are the same on Apple devices is another thing.

It is available on Android mobile devices but not for Android TV which was why I disposed of the Nvidia. That was somewhat a mistake as I get bitstreaming on that device while the ATV pushes multi-ch PCM. Thus, while gaining Apple Music, I lost the ability for bitstreaming my movie collection

Similarly, this does not make sense for those with a dedicated audio system as no one will plug a mobile device and sit a few feet away to listen… changing tracks and other operation is just not practical. The solution very much just target mobile users at this point. With that, if you are on a cheap earbuds on BT wireless, I doubt one can tell the difference in terms of SQ.

You are also right on the hardware confusion. For instance Apple Music on Apple TV supports a different bitrate compared to day iOS device like iPhone and iPad (using a dongle) and Mac OS devices like MacBook Pro/Air and iMac.

Yep, as ATV only has HDMI out, it cannot do the std CD - just as we want our movies to look and sound as the “director intended” by making sure the signal is faithfully passed on with minimal distortion \or corruption, having to resample the source from 44.1kHz to 48kHz completely defeats that from the very start based on a purist perspective.

As in most things, the corp boys are more interested in squeezing out $$ as much and quickly as they could than carefully making sure the fundamentals are right. While their marketing boast about SQ and being faithful to reproduction as “intended” yet convenient shortcuts and shortfalls are all over the place.

The solution very much just target mobile users at this point. With that, if you are on a cheap earbuds on BT wireless, I doubt one can tell the difference in terms of SQ.

As in most things, the corp boys are more interested in squeezing out $$ as much and quickly as they could than carefully making sure the fundamentals are right. While their marketing boast about SQ and being faithful to reproduction as “intended” yet convenient shortcuts and shortfalls are all over the place.

You have hit the “jackpot” of what Apple strategy for Apple Music. Apple is not into Home Theater but of lifestyle products and this include Apple Airpods Pro and Airpod Max. I believe it is not chiefly targeted at users with home theater setup. Even if Apple says, it does…I doubt anyone will believe it. 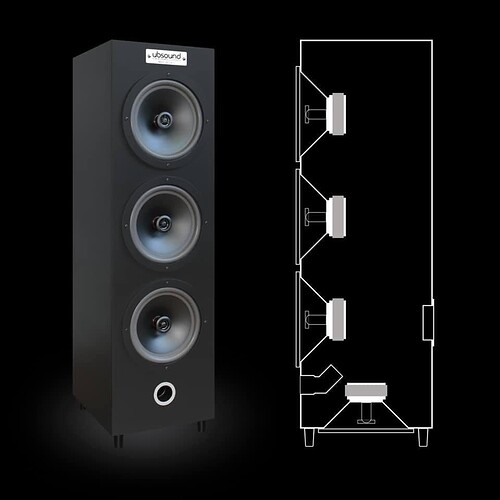 Truly Made in Italy

More than 130 hours of labor each pair

Welcome on our 10th Anniversary

Directly from the factory to your home

Satisfied or your money back

More info, technical details, price and where to buy on: https://www.ubsound.com

Here’s a gem I’ve found on Apple Music. Search for Dolby Atmos and you will see Dolby Labs released some Dolby Atmos Music test sampler… Not much but if you wish to do some channel ID test on your 7.1.4 or 5.2.4 setup, this is it. 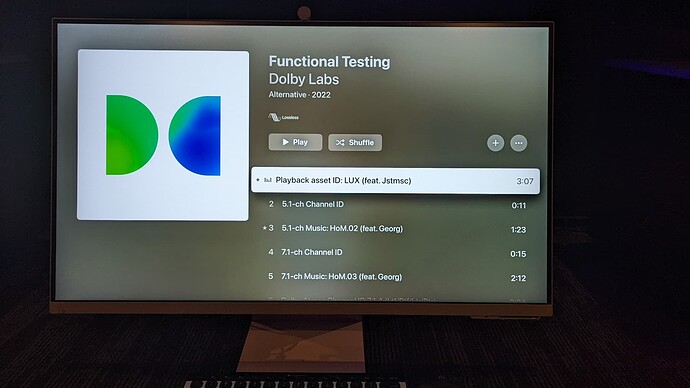 For some really good Atmos mix, you can search for Billie Elish Oxytocin album and Tiesto Boom for starters.

Here’s a good Dolby Atmos album from Booka Shade’s “Movement” album. Really brings out the best in Dolby Atmos music mastered in the right way. If you have Apple Music. Have a listen. 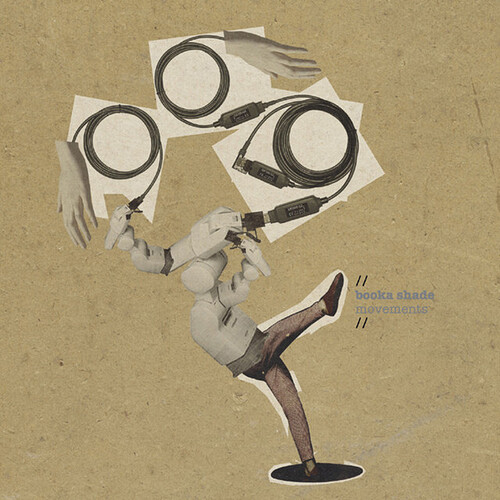 Hear from a sound engineer regarding mixing music in Dolby Atmos… Heres another gem i found to have really good Dolby Atmos mix. Check out Kraftwerk. 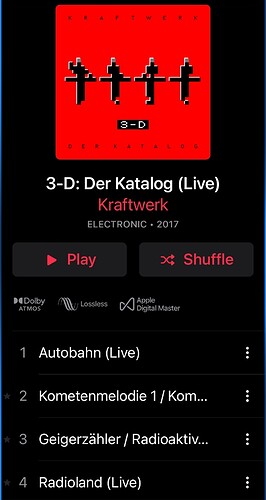